One of the top priorities for any app owner is to keep their users engaged after the first use. Recently, we worked with one of our clients to help them analyze engagement within their portfolio of apps for the purpose of determining which behaviors determined long term engagement. In this post, I hope to provide some insights using predictive analytics to share as best practice for driving long term engagement, and also provide an example of using raw event level data in Redshift for predictive modeling.

There is no shortage of market research showing that app developers face a very competitive market these days. Cost per install rates and competition for consumer mindshare continues to increase, while the number of hours in a day continues to remain constant. This means that it’s all about retention; once you get a user to install your app, you need to ensure that user sticks around for a while. Here are some statistics: 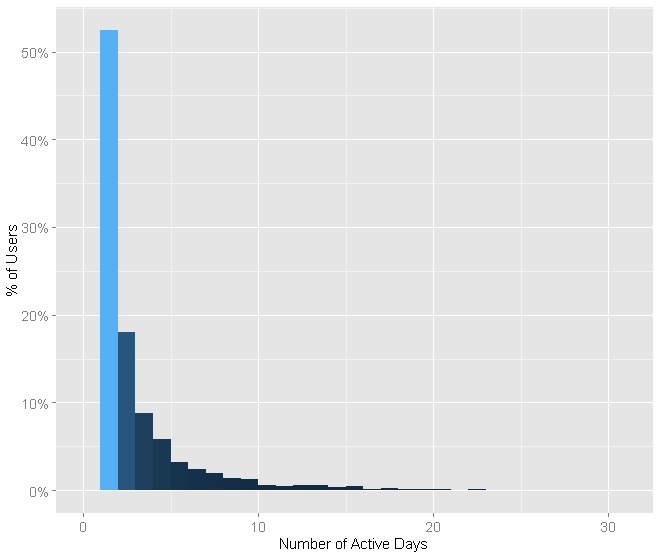 TLDR; After extensive research, we have seen that a positive first impression is critical to keeping users engaged in the long run. In fact, the first 2 hours of opening an app for the first time has big impact on whether the user will become an engaged user or not.

In order to build our model, what we did with data in Redshift was:

Note that each user has a different 2-hour period, depending on the user’s first app open timestamp. We simply picked a set of common user features listed as follows, and each of the feature is a simple count of events within the 2-hour period.

We measured user engagement level based on frequency of usage as well as the presence of a purchase event. Specifically, if the app has a purchase event, then we label revenue generating users within the 30-day period as high value users; if the app does not collect purchase data, users who have been active for at least 5 distinct days out of the 30-day period are considered high value users.

Next, we split the data set into training and test sets, fit a regularized linear model on the training data, and evaluated the model performance on the test set. We used R package glmnet and used default parameters in model fitting. The graph below shows a boxplot of AUC values from a few of the apps within the client’s portfolio (a median AUC value of 0.74 is decent given that we haven’t fine tuned each model). What we saw was that users’ first interactions with an app are critically important to their engagement level in the long run. 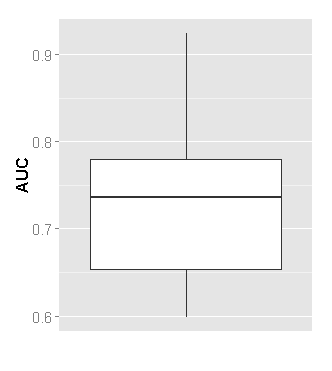 Some interesting observations from the analysis:

An easy way to begin to answer these complex questions is to start sending data to Amazon Redshift and run the same kind of analysis. You can get example R code for what we did in this blog post from github here. It is just intended to get you started on unleashing the power of your app data. You can also easily add more features to the model, or apply some feature engineering to build more predictive features, or select a different modeling algorithm and fine tune it to get more accurate predictions.

Hope this helps and good luck. Don’t hesitate to reach out if we can be helpful.