Burger King has been a giant in the quick-service restaurant space (QSR) since its founding in 1953, but beyond its menu offerings, its dedication to innovation and creativity has cemented its place as a major player. Over the past decade, Burger King has launched numerous creative campaigns ranging from the McWhopper to the Google Home of the Whopper that have successfully captured the imagination and attention of the public.

When mobile first began to take hold in the QSR industry, Burger King launched the BK app, which initially served as a mobile coupon hub and storefront locator. But as digital ordering became a major business imperative for QSRs with mobile orders expected to make up 11% of all orders for QSRs—with an expected value of $38B by next year—the team at BK realized they needed to evolve the app if they wished to retain their foothold. However, Burger King knew that simply relaunching an app wasn’t enough to garner long-term interest from QSR customers.

As Burger King’s Global Chief Marketing Officer, Fernando Machado, mentioned in this post, a major challenge to the successful relaunch of the new and improved app was getting people to adopt.

Instead of simply offering a free burger or drink, the BK team decided to partner with FCB New York to create an experiential marketing campaign. Called the Whopper Detour, it played off of Burger King’s friendly rivalry with McDonald’s by leveraging geofences, geolocation data, and push messaging to encourage customers to download the updated mobile order-enabled app. To successfully launch the Whopper Detour and provide the BK app with the capabilities necessary for mobile ordering, the BK team put a best-in-class, integrated tech stack into place that enabled them to collect, activate, and orchestrate customer data across their many tools and channels.

The main challenge facing the BK team in launching the app was getting people to care about “yet another” fast food app. As Machado noted, giving away products to mobile app users is nothing new; many QSRs like Wendy’s, McDonald’s, and Chik-fil-a had tried to improve app user acquisition through free food offers. But because it is such a common tactic, launching a similar offer-based campaign made it difficult to stand out and compel customers to download the app.

To make people care you need a BIG IDEA. An idea that plays with people’s imagination, an idea that is fun and connects people to the brand.

That BIG idea became the Whopper Detour: Use customers’ real-time location data to send a push notification offering a $0.01 Whopper via the Burger King mobile app whenever a customer was inside or near a McDonald’s location. The catch? Once the offer was unlocked, the coupons had to be cashed within an hour, leading customers to promptly leave McDonald’s and rush to the nearest Burger King location to claim their 1 cent burger.

With the campaign plan defined, the BK team knew the exact use cases they wanted to execute and looked to update their tech stack to support the necessary capabilities for mobile ordering and the Whopper Detour campaign.

Successful execution of this campaign required creating a fully integrated tech stack able to leverage geolocation data, push messaging, and analytics in real time and at scale. As if that weren’t enough of a challenge, it all needed to be able to be connected  to their customer data to in-store, point-of-sale (POS) systems.

The BK team knew that getting the right data plan in place was critical to the app’s relaunch and took a crawl, walk, run approach to ensure that its mobile app would be ready for the influx of use resulting from its tongue-in-cheek campaign. Using mParticle to collect all of its engagement data and as the connective tissue between partners, the BK team built a tech stack consisting of:

With mParticle serving as its foundational data layer, the BK team was able to integrate all of these point solutions to provide the mobile app with the necessary capabilities for mobile ordering and the Whopper Detour campaign without adding unnecessary bloat to the app, which could hurt end-user experience. mParticle served as the main hub that connected real-time data from every part of the customer journey and automatically forwarded the data to the appropriate tech partner to create a seamless experience. Once a customer became a part of the Whopper Detour campaign by claiming the offer, this engagement and purchase data was also attached to persistent customer profiles to help inform future engagements.

After working with Tillster to recode the BK app to accept mobile order and payment, the BK team used Branch to provide deeplinks to the BK app to make it easier to download and access the app. This deeplinking data was collected by mParticle and sent to Amplitude to help measure behaviors and target messaging success. When a customer that had downloaded the Burger King app came within 600 feet of a geofenced McDonald’s, the location data was sent to mParticle as an event by Radar. With the Radar SDK, Geofences, and Places, Burger King was able to implement this location feature with just a few lines of code, eliminating the need to manually geofence each of the combined 20,000+ Burger King and McDonald’s storefronts in the US.

This location event was then pushed to the mParticle platform, which then sent the customer’s data in real time to Braze, triggering a push message with the offer.

When accepted, customers were taken to a purchase screen for ordering, powered by Tillster. Users then received a confirmation with pick up directions for their Whopper at the nearest Burger King location, again leveraging Radar’s Places and geolocation features.

Additional data about the customer’s offer redemption was then sent from Tillster to mParticle, which then forwarded the data to Amplitude to ensure the BK team had the most accurate understanding of the campaign’s performance. Customer data from engagement with this campaign was then assigned to persistent profiles, and layered with additional attribute and event information to help inform future engagements through email, in-app messaging, and advertising.

With the right tech stack in place and a functioning mobile app that was able to scale with the expected demand, Burger King’s advertising agency, FCB New York, went to work getting the news out. FCB New York also launched a series of “Billions swerved” billboards—seen in the header image—as a play on the McDonald’s tagline, as well as a video promoting the limited-time deal showing actors trying to redeem the offer at the McDonald's drive-thru. Orders are met with confusion from McDonald's staff.

Finally, Burger King announced the launch of the promotional campaign on social media with a tweet:

The playful tweet set the tone for the rest of the campaign and immediately garnered attention on social media, with the tweet going viral with 65k likes in a matter of hours and an 818% increase in BK Twitter mentions. Media coverage by major outlets including The New York Times, CNN, MSNBC, Inc, USA Today, Business Insider, and AdWeek, among many others resulted in 3.5B impressions with an equivalent $40MM value in earned media.

While the campaign only lasted nine days, the results were a clear financial and branding success. During the Whopper Detour campaign, Burger King’s app was downloaded more than 1.5 million times, a 37.5% increase in a record nine days. The BK app also quickly became the number one app in both the Apple and Google Play stores.

Mobile order value increased by 300% and the redemption rate was 40 times better than the previous historical record for a digital coupon promotion.

Once the campaign was over, results continued to roll in, with the ROI totaling 37:1 as post-campaign mobile sales continued to hold at 200% pre-campaign value. The Whopper Detour also gave Burger King a critical foothold with customers, which has led to Whopper Detour participants spending approximately $15MM more per year on the BK app.

As of the writing of this case study, the Burger King app has a 4.75 star rating with 31.2k ratings and has been downloaded more than 6 million times. The success and innovative nature of this campaign not only provided an injection of interest in the Burger King brand, it also led to its Global CMO, Fernando Machado, being named a marketing and advertising leader of the year by several publications. Burger King was also named the Advertiser of the Year by Forbes.

The campaign most recently won the Mobile Grand Prix and Direct Grand Prix as well as the Creative Brand of the Year award at the 2019 Cannes Lions Festival, proving that creativity, the right data strategy, and the right tech stack are a winning combination. Huge congrats to the entire team and everyone involved!

The Burger is King

While the Whopper Detour was by no means the BK team’s first foray into creative advertising, the technological foundation laid into place for the relaunch of the Burger King app and the Whopper Detour have provided this QSR with better insight into its customers’ behavior and a better way to collect, manage, and leverage its customer data.

We now have the location and credit card info of most of our app users. We can do a much better job in terms of CRM. We can do things such as send push notifications when a BK app user is getting close to a McD’s (’cause we did all the heavy lifting as part of Whopper Detour)... So, despite the fact that the promo lasted for just nine days, the long-term impact of the project is truly significant.

RBI is building digital experiences to engage and delight customers across their 25,000 restaurants. They’re growing fast, thinking faster, and constantly exploring. As a part of the RBI team, expect to be inspired, feel the buzz, and love what you do. You can learn more about their technology careers by visiting RBI's careers page here.

If you’d like to learn more about how mParticle enables leading brands like Burger King to streamline their customer data pipeline and deliver real-time, cross channel experiences that amaze their customers, you can explore the mParticle platform demo for free here! 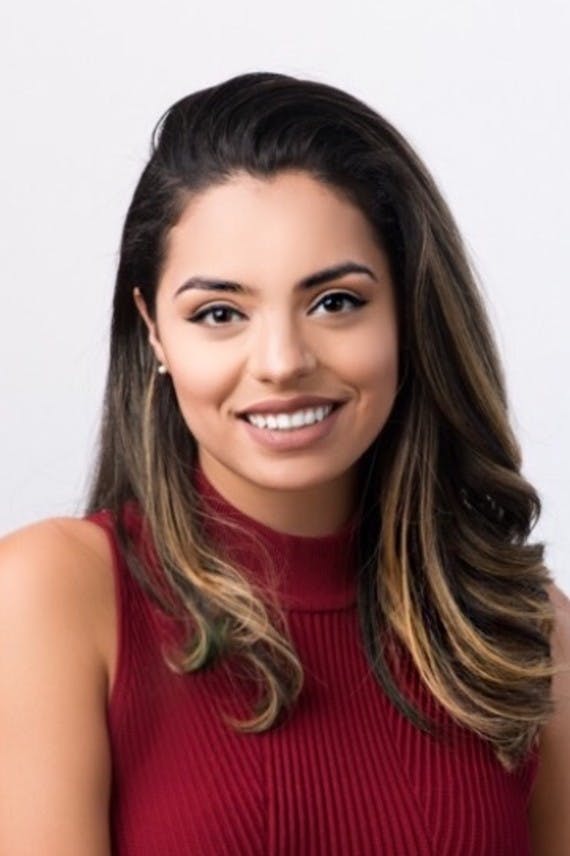 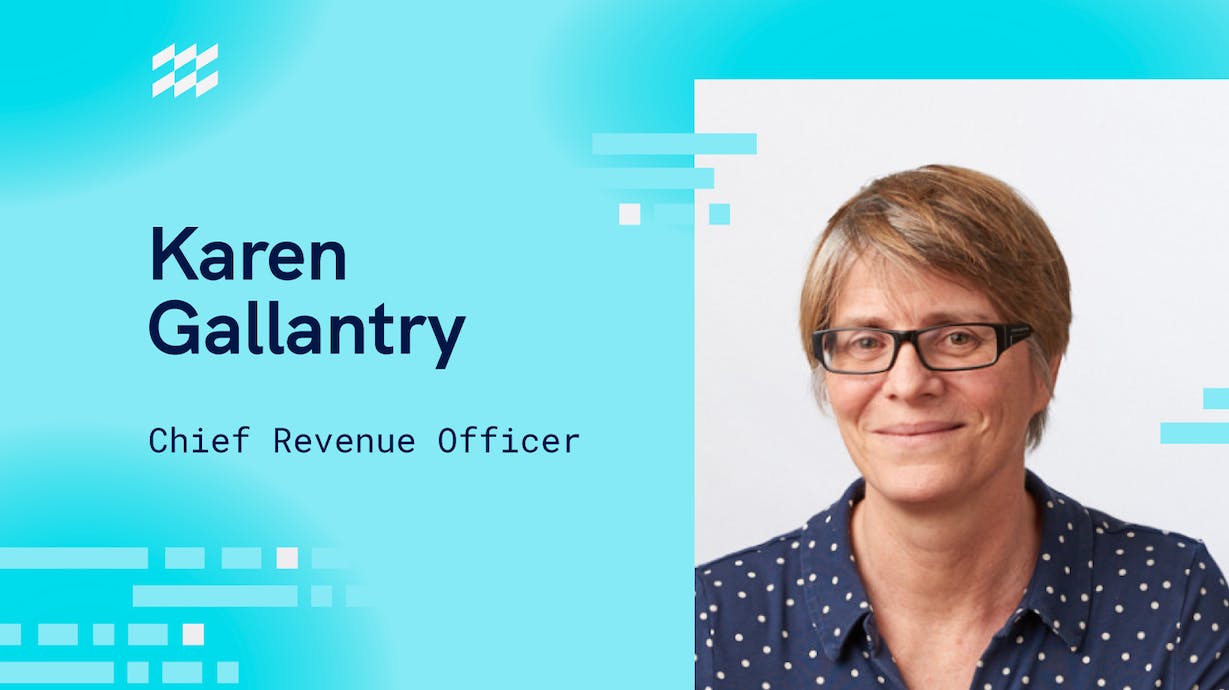 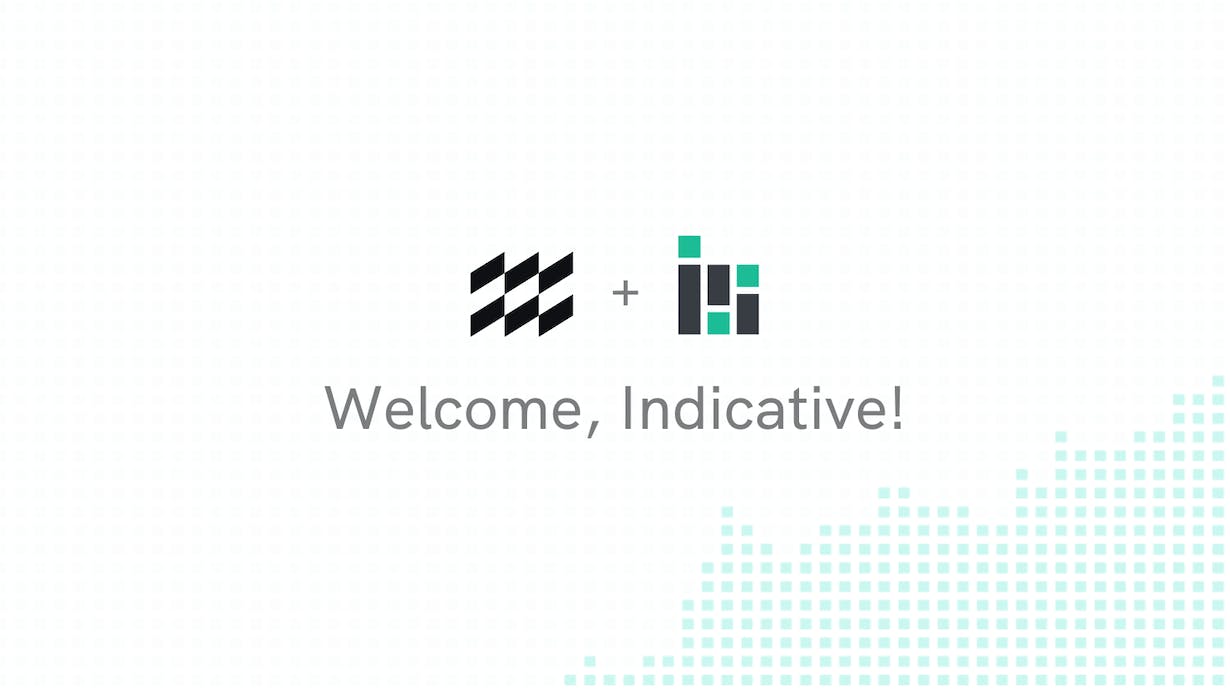 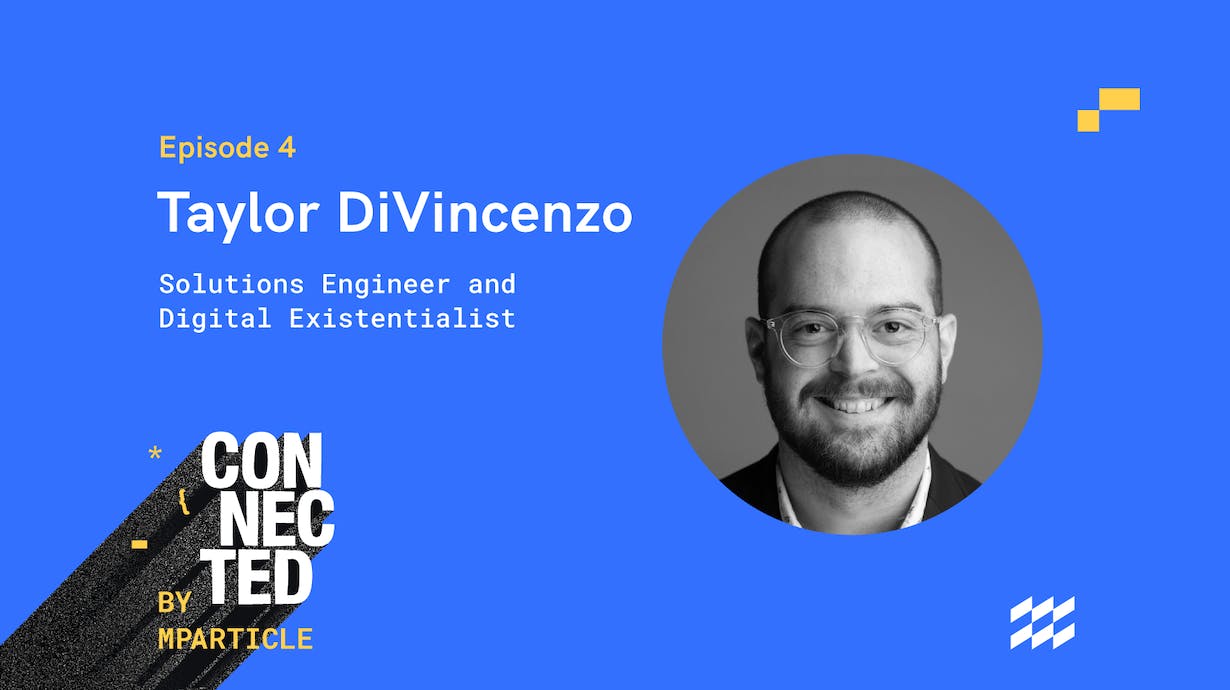 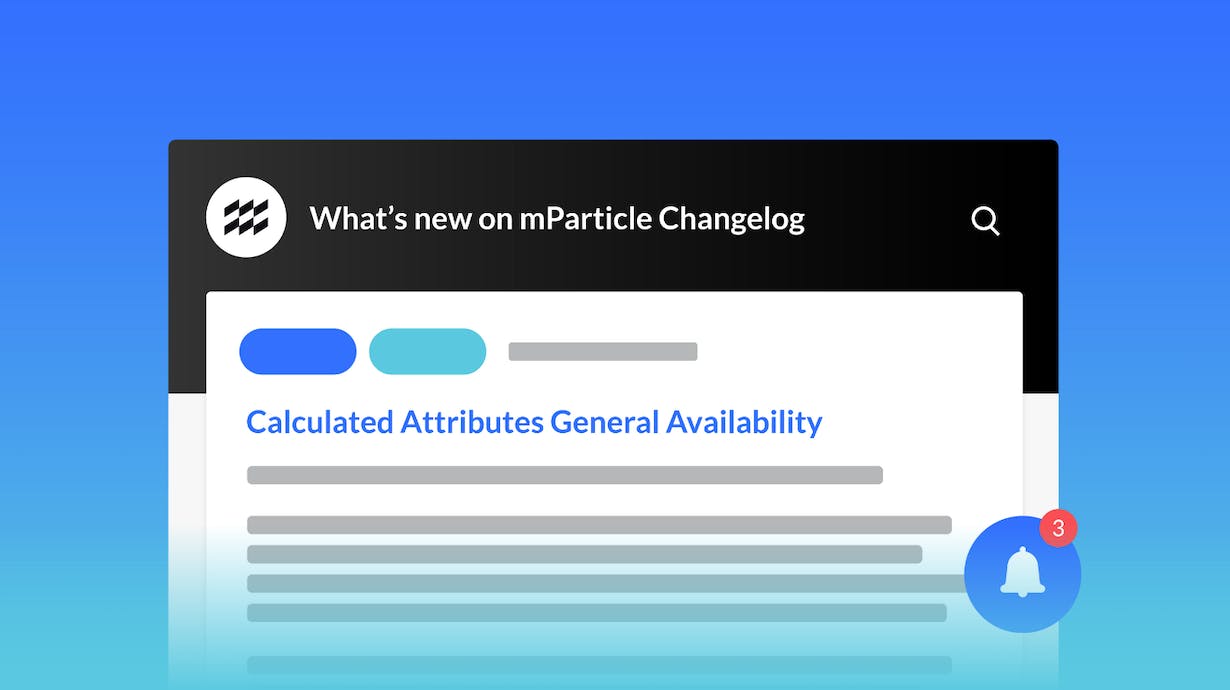